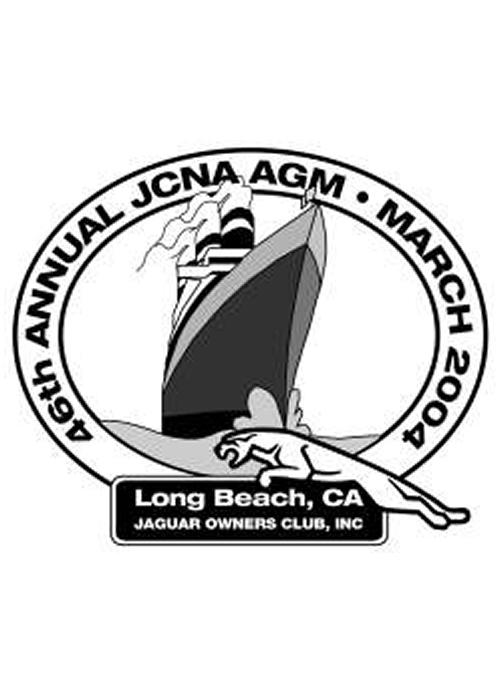 The 2004 JCNA Annual General Meeting was hosted by the Jaguar Owners Clubs of Los Angeles from Thursday March 11th to Sunday March 14th aboard the HMS Queen Mary in Long Beach Harbor.

See links in the sidebar for articles, pictures, etc... Official minutes will be posted when available although you can view what was approved or rejected in the proposal list on this page.

Note: Steve Averill was elected Secretary pro tem and as such is not on the Executive Committee.

Note: 2005 AGM to be hosted by the Jaguar Club of Florida in Orlando FL

9:00am to 3:30pm Special private tour of The Petersen Automotive Museum by the Museum Director, including the vault, and another surprise destination

Complete Preliminary Agenda
March 1st, contains all proposals, including those shown below
Use this PDF File if you intend on printing it.
Viewgraphs on AGM Proposals
Steve Averill

Board of Directors Agenda Steve Averill

See AGM forum for other reports posted by committee chairs