When I got my XKR, I wanted to see how it would handle around the slalom course. Street driving is rather impressive but on the course, it really tends to lean and understeer. Understeering can be solved in many ways but the easiest on this car seemed to be to increase the rear roll resistance. A larger rear sway bar would have been nice. That is what I did to my XJS and it transformed it on the course. However, there was no stiffer bar to be found. I am sure after writing this an doing the modification, someone will point out where I could have bought one. Anyway, I figured if one was good, why not put two. That would virtually double the roll stiffness and not be very expensive to do. As the rear was tight, I had to cut the u-clamps and weld them back so as to share a common middle hole.

Next was cutting along the line, then welding and grinding smooth followed by cutting a plate to match, drill holes, bead blast and paint to make look nice.

As the bolts used were 10mm, I ordered two each male and female Heim joints. Although in the picture, they are screwed together with a jam nut, I ended up cutting off some of the threads and leaving out the jam nut for extra clearance from the exhaust. Just a matter of finding a few longer bolts to put it all together.

Next pictures are mounted in the car. I did have to take the Fuel Vapor sensor box loose to get clearance to install it but it went back into place without binding afterwards.

Although I have not yet run it on the Slalom course, the turn in on corners is much crisper as would be expected. Time will tell as to how neutral the car handles. Also, in running the slalom, if you have the active suspension as I do, disconnect one of the wire feeds to the front shocks. This causes an error and the system defaults to the stiffest setting. Just what you need to race. 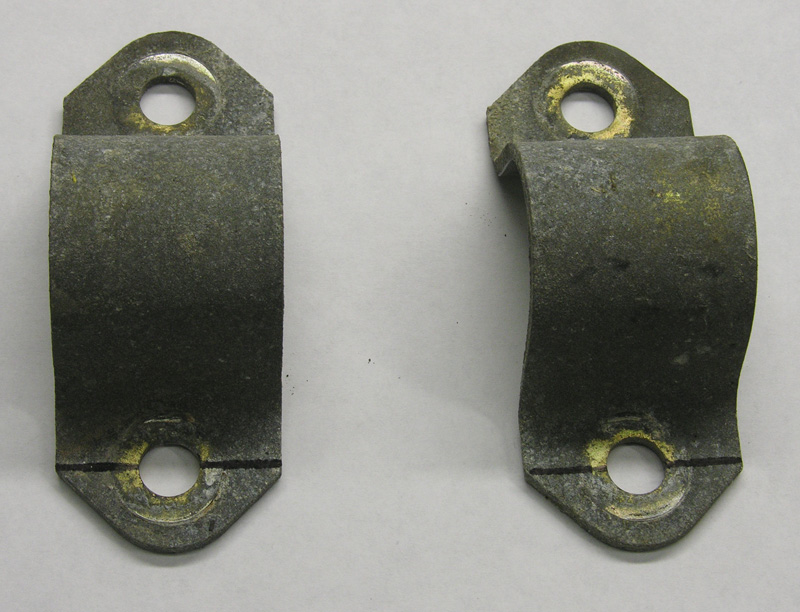 U clamps before mod. 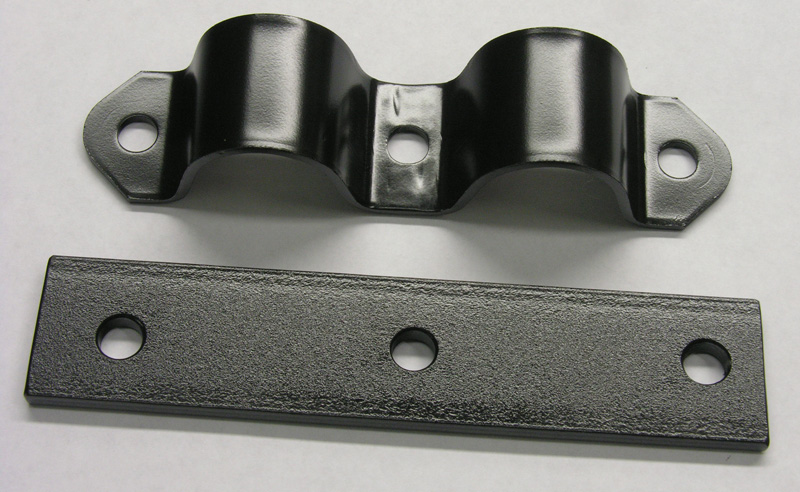 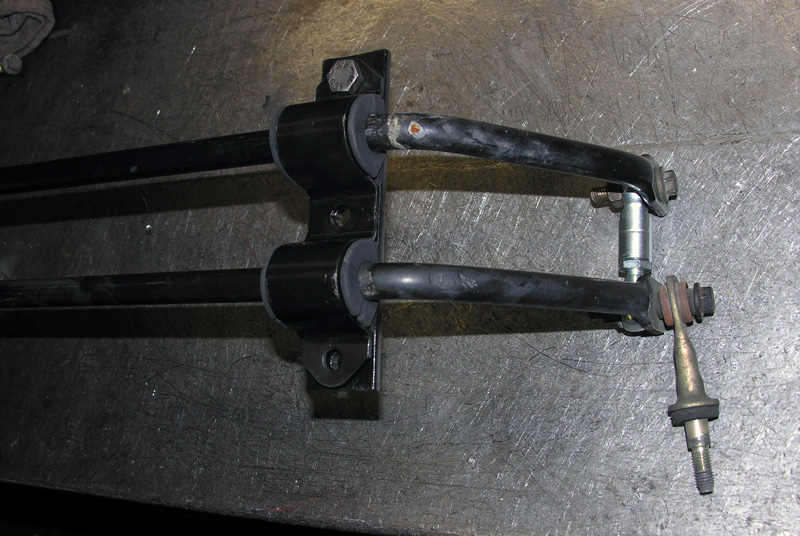 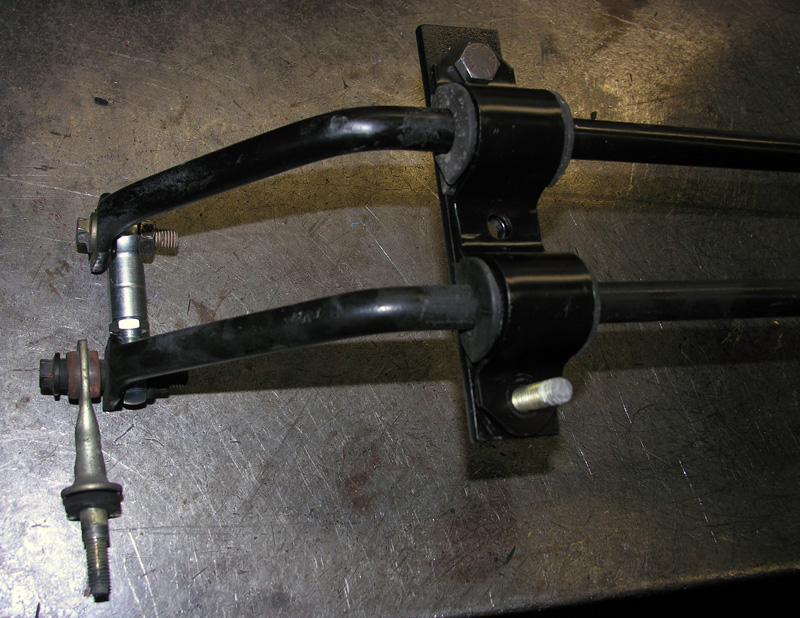 Mount with twin bars, left side 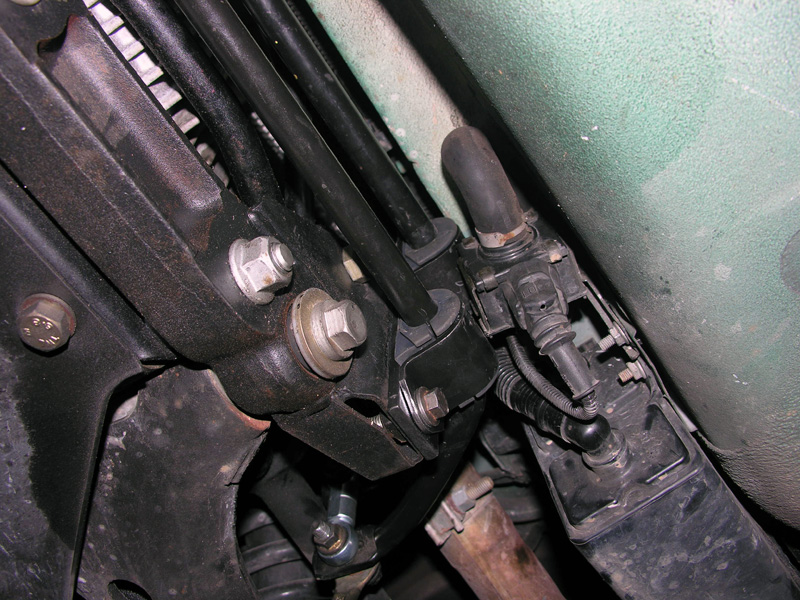 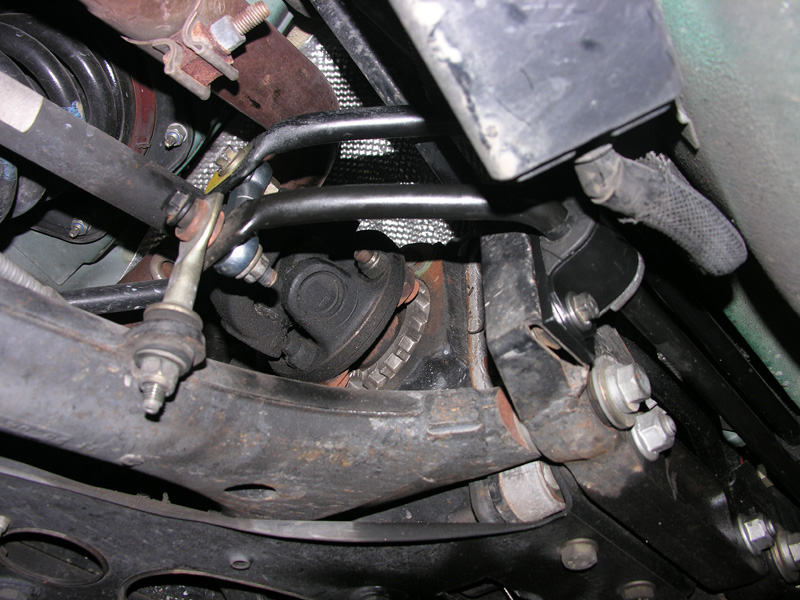